I think it's safe to say, as a WHOLE, the national housing market is still "hurting". In fact yesterday's S&P/Case-Shiller Composite study put numbers to this truth.

In summary, home prices nationally dropped by 1.3% in October when compared to the previous month. And year-to-year-data? Home prices fell 0.8% when comparing October 2010 to October 2009.

Real estate as a "WHOLE" -- it's is contradiction when studying the health of a real estate market. As many of you know, I feel housing statistics are best studied on an even more micro level. But good news is good news...so here ya go!

While the S&P/Case-Shiller Composite is a bit disheartening when looking at stats from a national perspective, things are up (literally) in Washington DC!

According to the recent report, which is based on a composite of the home price index of 20 different cities, DC is one of only four areas to actually post year-over-year gains.

The other three cities to show gains are all found on "left side": Los Angeles, San Diego and San Francisco.  The Denver real estate market fared well in the report too.

Thoughts on this data?

Do you know someone who has been waiting for that “perfect” lot on which to build their dream home? If so, it’s here!!

Listed at $1,599,000, 8716 Fernwood Road is located in the extremely desirable Bradley Hills Grove neighborhood in close-in Bethesda. It’s an absolutely gorgeous 1.33 acre lot, and it’s gentle slope will allow for an upscale property with both spectacular views and privacy.

There is a 1953 bi-level currently on the property, and it’s claim to fame is that it was constructed using more than 43,000 bricks from a pre-Cvil War mill on the Opequon Creek in Berkeley County, West Virginia.

Guess what? We’re rich and smart! That is, according to the Census data and reported in the post this morning, The DC Metro area is among the nations richest and most educated.Although kudos in the “educated department” are spread out among many counties, the rich factor clearly points to both Fairfax and Loudon. According the the data, these are the only two counties in the US where the median house-hold income surpasses $100,000. Of course, an honorable mention, must go to Bethesda as Money Magazine’s Top Earning Town in the country with a median household income $170,000.

Anyone else surprised there isn’t another county in the United States with a six figure household income. San Francisco is a “county”, and adjacent Marin County(Tiburon and the likes...) is one of the most affluent in the US. I would’ve thought more so than both Fairfax and Loudon.

If I were a little more caffeinated right now, I’d find the census report and let you know how other metro areas across counties fared. But there’s always time for follow up.

Until then, I hope this was somewhat interesting (even to one person!).

Have great days, and for those of you living anywhere east...

Want to live in one Downtown Bethesda’s largest condos?  Easily one of the most grandiose units ever sold?  Well, I have good news for you.

The Lionsgate Condos (a new development at the corner of Woodmont Ave and Old Georgetown Road) has a total of 7 units remaining.  Of those 7, there are two adjoining units on the 5th floor that the developers are willing to combine into one fabulous residence well over 3400 square feet.(Apologies for the small floorplan image - I'll upload our sister website - GreaterBethesdaOnline.com - with larger picture and pdf. shortly.) 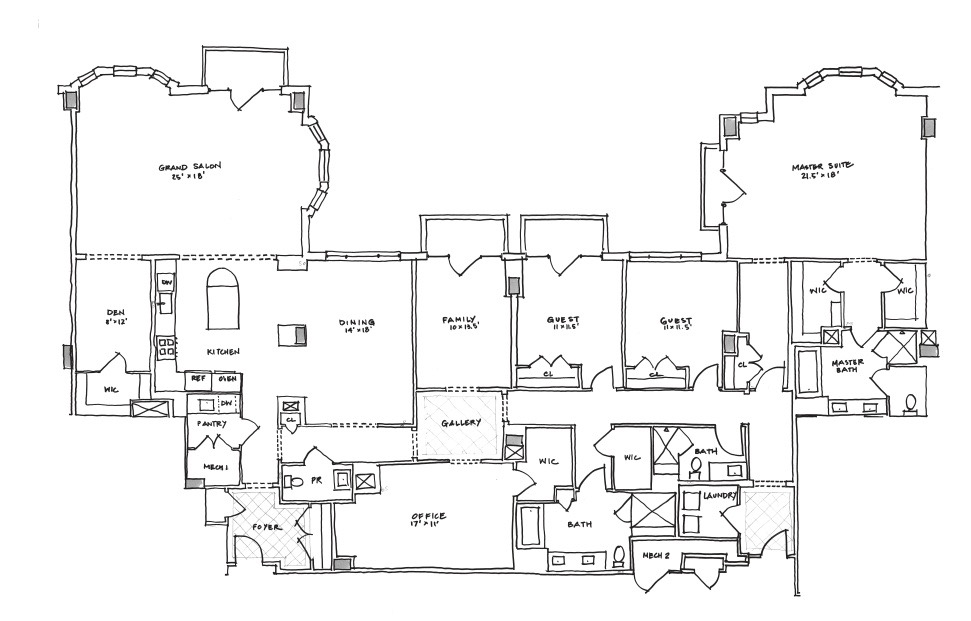 I had a quick chat with the developer, and it wasn’t surprising to hear that combining two adjacent units to create the 3000 sq. ft.+ floor plan had been done 4 times in this upscale building.

As we’ve written for many years now, there’s a crying need for larger units  in Downtown Bethesda (at least 2500 square. foot+).  As more Downtown developments break ground, I hope to see that developers have learned that if you build it (LARGE), they will most certainly come.

Questions about this one of a kind unit, including breadth of customization? Feel free to...