Walk to Downtown Bethesda or Walk to Friendship Heights?

Not one, but two exciting new listings being presented this week. 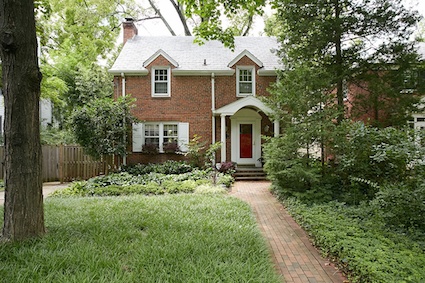 One we've talked about before - 5010 Edgemoor Lane (on the left) in the very heart of Downtown Bethesda, but nestled in the much sought-after Edgemoor neighborhood.  Here's a link to a quick video.

The other new listing (pictured above on the right) is just over a half-mile walk to Friendship Heights in American University Park (yes, in MD!) at 4800 Park Avenue, Bethesda 20816. Check out our recent blog post on this exquisite property located within walking distance to the vibrant Friendship Heights area for easy access to metro, shopping (groceries, high fashion) and many restaurants.  You won't need your car for either of these wonderful new listings!

Park Avenue is a lovely 4br/3.5ba home on a beautiful lot. Creatively expanded by a previous owner, highlights include a gorgeous sunroom/family room addition heated by radiant...

The Maryland Side of AU Park

Bethesda isn't AU Park.  Do I blame this one on L'Enfant?  We have enough trouble keeping DC Subdivions in the same Zip code.... I thought to myself, when I learned that there was technically a "piece" of one of DC's most recognizable neighborhoods in Bethesda, Maryland?  For clarrity, I knew this (I'm the bethesda man and my Highschool was in AU Park ot American University Park!) -- I just never had a chance to right about it.  But back to the frenchman, L'Enfant, creating more confusion --- "DC neighborhoods over into Bethesda, Maryland?  For clarrity once again I doubt L'Enfant engineered this far north, but I'm still blaming it on him.

Mention “American University Park” (or “AU Park”) to anyone in the Washington Metropolitan Area and they will most likely describe a vibrant community that runs between Massachusetts Avenue and River Road in the District of Columbia. They will talk about access to the Tenley Metro and Part of Spring Valley neighborhood. What will probably not cross their minds is that American University Park actually sneaks across Western Avenue into Maryland.

Our new listing at 4800 Park Avenue, in the Bethesda zip code of 20816, is one of only 50 houses that are in the Maryland part of American University Park. These 50 houses sit on just four streets – River, Western, Park and Brookdale. This small enclave has the advantage of being just blocks from Friendship Heights – which means easy access to The Metro, as well as to restaurants and some of the best retail shopping in the DC area.