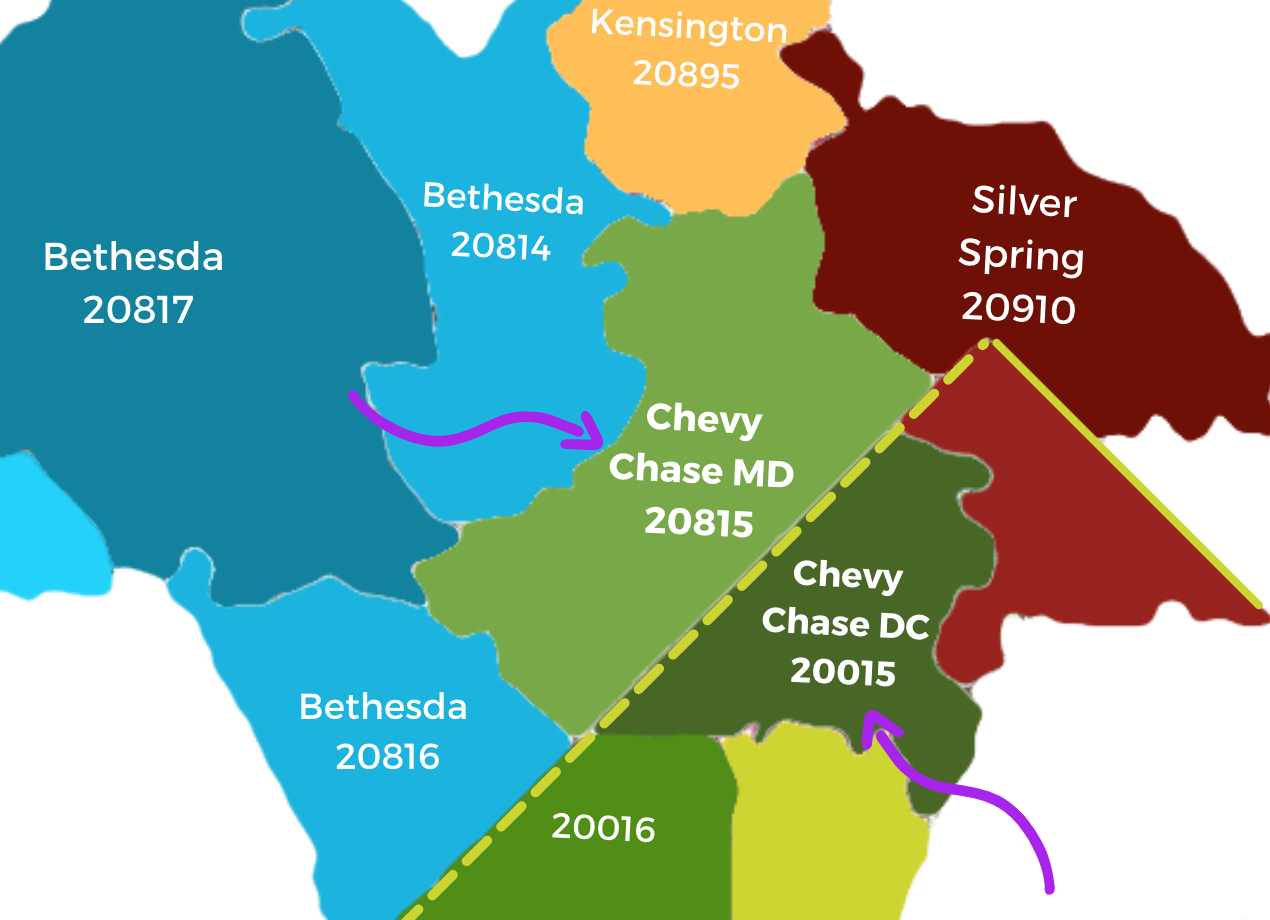 If you're from outside of the area and trying to make sense of "Chevy Chase", give yourself permission to be confused!!  Chevy Chase, Maryland is all of the following; A zip code that includes incorporated and unincorporated areas - 20815; A Village in Maryland and several "Sections"; Home to a Somerset Neighborhood and a Somerset House Highrise Condominium.  It's also the name of a the very northwest corner of Washington DC, Chevy Chase, DC.

Home prices in Chevy Chase Maryland vary from semi-luxury to ultra-luxury. In the most southern end, prices are mostly in the $1 million to $3 million bracket, with some even reaching more than $5 million. Home prices do fall, however, toward the northern part of the community (especially on the Maryland side). Here, the homes tend to be predominantly colonial or rambler in style and are smaller than homes to the south.  As such, prices in the northern portion of Chevy Chase are more likely to be priced at around the $650k to $800k mark.

Residents of both Chevy Chase, Maryland (20815) and Chevy Chase, DC (20015) enjoy easy access to parts of Rock Creek Park and to several small shopping areas. This is especially true in Chevy Chase, DC and the shops along Connecticut Avenue just inside the DC line. Here you’ll find neighborhood restaurants, groceries, coffee shops, retail stores and even a community run movie theatre! Chevy Chase Maryland was developed in the 1920s as a residential street car suburb of Washington, D.C., and features a wide variety of early and mid-century homes. The name "Chevy Chase" can be traced back to a border raid, or "chace" in 14th century Northumberland, England, at the Cheviot Hills. Maryland developers adopted the name for historic reasons. Chevy Chase DC Real Estate Listings?

As touched on above, unlike many other suburbs, Chevy Chase is actually two places. Because it straddles the D.C. line, there is Chevy Chase MD (20815) and a Chevy Chase DC (20015). For a area information on the DC side, search, visit our Chevy Chase DC real estate section.